A Sale or an IPO for Nokia Siemens Networks? (NOK) 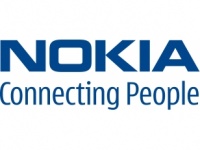 Nokia (NYSE: NOK) is 4.5 percent higher in Wall Street trading Friday as speculators position for a possible sale of the company's stake in Nokia Siemens Networks or a potential IPO of the unit.

Sanford C. Bernstein analyst Pierre Ferragu notes the unit has been heading in the right direction of late and is likely to turn the corner in the next 12 months, as a sustainably profitable #2 player in Mobile Infrastructure. He notes while Siemens has a clear ambition to exit as soon as possible, Nokia's perspective is less clear.

Ferragu said an IPO remains the most likely option, with Nokia maintaining a controlling share. However, he said an IPO is very unlikely to occur before next year. "We believe Siemens would value a quicker option, which opens up an opportunity for Nokia to acquire the JV in full," he said.

Note: Earlier in the week, Credit Suisse said an IPO would be the best option for NSN