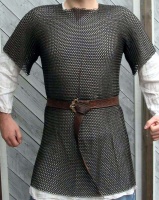 Apple (Nasdaq: AAPL) could be facing its first major problem in the smartphone wars if Goldman Sachs' new global smartphone survey is any indication.

The number of potential new users for Apple is below its current market share of 25%. Goldman Sachs notes, "this could reflect a pause ahead of the expected move of the iPhone to Verizon (NYSE: VZ) in early 2011 once AT&Tâs exclusivity expires." However, Apple's loyalty also declined, with 62% of users planning to buy another iPhone compared to 74% in their July 2009 survey.

While this news is disheartening for Apple shareholders, Apple still leads in smartphone loyalty, with only a third of Nokia (NYSE: NOK) and BlackBerry users willing to buy again.

Apple, along with Nokia, leads smartphone interest in China, with RIM far behind. According to the survey, there is 37% interest in Nokia in China, 34% in Apple and just 8% for BlackBerry.

The survey has negative implication for Nokia, with the highest consumer
dissatisfaction levels and the lowest brand loyalty.

The survey has neutral implications for RIM and Marvell (Nasdaq: MRVL).