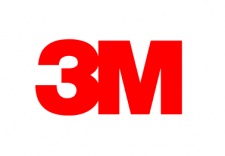 Shares of 3M (NYSE: MMM) are down over 5% today after a federal jury in Florida awarded $55 million each to two U.S. Army veterans who sustained hearing damage after using combat earplugs developed by the company.

This marks the largest verdict in a series of trials over the earplugs' safety. Jurors in Pensacola, Florida, awarded a total of $110 million to Ronald Sloan and William Wayman who claimed that 3M's Combat Arms Earplugs Version 2 they used were defective.

But Sloan and Wayman are just the two of almost 300,000 U.S. army members who took legal action against 3M on claims that they sustained hearing damage after using their earplug products. This marks the largest-ever federal mass tort litigation in the U.S.

The two veterans each received $15 million in compensatory damages and $40 million in punitive damages, said the plaintiffâs lawyers.

"Juries continue to find that 3M's earplugs were defective and that they are responsible for causing irreparable hearing damage to those who served our country," said lawyers Bryan Aylstock, Shelley Hutson and Christopher Seeger in a joint statement.

âWhile PFAS appears to get most of the investor attention, combat arms litigation has recently emerged as a more readily analyzable, potentially material liability, at least by the simple math. Whatâs unique here is that there is a quantifiable case set and a number of bellwether trials that help us create a framework to understand the potential exposure, which is significant. In the most onerous simple math, liabilities could be $1.5 T for the total caseload of ~285,000,â Tusa wrote in a client note.