The Priceline Group (PCLN) Sell-Off on Brexit was Excessive - Jefferies 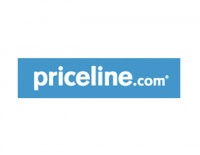 Jefferies US Internet Team said the immediate 11.4% sell-off in shares of The Priceline Group (NASDAQ: PCLN) of Friday was excessive. The firm reiterated a Buy rating price target of $1,660 on PCLN.

"We think the immediate stock reaction to the Brexit decision creates a compelling entry point in the stock," the team led by Brian Fitzgerald said.

He added, "While Priceline has the highest exposure to Europe among OTAs, its exposure to the British Pound is minimal (estimated at ~1% of revenue). Its exposure to the Euro is much higher (estimated at ~71% of revenue) but the company has a natural hedge against fluctuations in the Euro in the form of Booking.com (headquartered in Amsterdam, the Netherlands). As Priceline has disclosed in filings, its âoperating margins are not significantly impacted by currency fluctuationsâ because its âexpenses are generally denominated in foreign currencies on a basis similar to [its] revenues.â We believe that Eurodenominated OpEx is probably in the range of 55%-65% of total given that revenue booked through Netherlands is 67% of total. That makes Pricelineâs bottom line net exposure to the Euro less than 10%. In addition, management has been using active hedging to protect the bottom line for years and the ultimate impact on EPS should be in the low single digits, in our view."

Shares of The Priceline Group closed at $1232.14 yesterday.