VANCOUVER, BC / ACCESSWIRE / March 9, 2021 / Pampa Metals Corp. (CSE:PM)(FSE:FIRA)(OTC PINK:PMMCF) ("Pampa Metals" or the "Company") is pleased to provide a general update on progress on its northern Chile exploration program, and to provide some technical background to one of its portfolio of copper projects at Block 3.

The updated field geological mapping program at the 6,600-hectare Redondo-Veronica project has recently been concluded and results are being compiled. Porphyry related A-type quartz veinlets with some evidence of copper oxides and early biotite related to a poorly exposed system have been mapped, including within the new exploration concessions recently acquired immediately to the west of, and contiguous with, the original concession limits. The lithological, hydrothermal alteration, mineralization and structural maps obtained will be integrated with the results of the geophysical program that is currently underway. 3D-Vector IP (VIP) and Magnetotelluric (MT) measurements are advancing and should be completed by mid-March, and will be followed by a high-resolution drone magnetics survey of the property. The lag between surveys is to avoid electromagnetic field interference to the magnetics survey caused by the VIP surveying. Geological mapping and geophysical exploration programs have advanced in time to have an integrated drilling proposal by the beginning of April or earlier. Please refer to the news release dated February 25, 2021 for further information about Redondo-Veronica.

As previously reported, approximately three quarters of the 14,000-hectare Arrieros property was successfully surveyed with 3D VIP and MT geophysical data. The geophysical data acquisition over the final quarter will be completed once the Redondo-Veronica survey is fully executed. Meanwhile, high-resolution drone magnetics surveying at Arrieros has started, which is designed to improve on historic magnetics data. Please refer to the news release dated December 23, 2020, for further information about Arrieros.

Pampa Metals has moved quickly since inception in early December 2020 to advance exploration programs at its projects with a mission to delineate initial drill targets by April of this year. Block 3, one of Pampa Metals' portfolio of eight projects that are focused on copper and with additional potential for gold, is yet another project in the pipeline of opportunities available to the Company.

Block 3 is principally a copper-focused project and is a large, more than 10,000-hectare property, located along the mid-Tertiary aged Domeyko Cordillera porphyry copper belt of northern Chile that is also host to Redondo-Veronica and Arrieros, and comprises the world's preeminent copper belt including some of the world's largest copper deposits and mines. The Block 3 project is in a highly prolific segment of the belt, centered approximately 55 km south-southwest of the giant La Escondida and Zaldivar (BHP, Rio Tinto, Barrick, Antofagasta Minerals) copper mining district and 170 km north-northeast of El Salvador (Codelco).

Both porphyry prospects occur in close relation to the north-south trending Sierra de Varas fault system, to the east and west respectively, which represents a master fault strand of the Domeyko Cordillera mineral belt.

Large portions of the Block 3 property are characterised by post-mineral Miocene to Recent alluvial and volcanic cover generally less than 150m thick. Elevated, north-south trending sierras border the western and eastern margins of the property, and consist of Paleozoic rhyolitic and dacitic lavas, Paleozoic granites, and Jurassic limestones.

Low resolution, wide-spaced, regional magnetics data suggest a magmatic intrusive complex centered around the Sierra de Varas porphyry system, with significant extensions onto the Block 3 post-mineral covered ground controlled by Pampa Metals. It is interpreted that this intrusive complex is of early-mid Tertiary age according to radiometric data, which would be related to poorly exposed evidence of hydrothermal alteration and possibly to one or more concealed porphyry copper systems.

BHP completed a program of 13 wide-spaced, vertical and shallow RC drill holes totaling 2,200m on a variable grid spacing in 2014-2015 over the post-mineral covered areas of Block 3. Areas of interest interpreted from the magnetic anomalies described, and therefore related to an early-mid Tertiary intrusive complex, remain untested.

Pampa Metals is planning to complete geophysical surveying of the Block 3 property, including detailed magnetics together with 3D-VIP and MT, to identify features potentially associated with mineralized porphyry systems and with merit for drill testing. The timing of this work will be advised in due course.

Why is Pampa Metals Focused on Porphyry Copper Exploration in Chile?

The most important source of copper today is from a type of mineral deposit known as a porphyry copper deposit, which provide around 60% of the world's copper, as well as significant gold production and nearly all the world's molybdenum production.

Chile is the world's single largest copper producer, providing more than 25% of the world's annual copper production, more than double the second ranked nation, and with most of that production coming from porphyry copper deposits. Chile is located around the Pacific Ocean "ring of fire" that provides the geology conducive to the formation of large porphyry copper deposits, and has been particularly blessed with a geology rich in copper, with several of the world's largest copper mines within its national boundaries. Chile also happens to be a very stable, mining-oriented country that is very welcoming of investment in the exploration and mining business.

Since ancient times copper has been one of the most important industrial metals, and the demand is increasing with the rapid global changes to greener energy production and usage. Its unique malleable, durable, and electrical conductivity properties mean that copper is in demand for its more traditional, but essential uses in electrical wiring and copper piping, but also as the major metalliferous component of electric motors and dynamos. There is also increasing recognition of copper as an antimicrobial agent that, if used on high-touch surfaces, can greatly reduce the transmission of infections.

The combination of extremely fertile geology, the most important mineral deposit style for copper, favourable jurisdictional aspects of Chile, and increasing demand, mean that copper exploration in Chile makes a great deal of sense, and is the focus of Pampa Metals' activities and investments. Pampa Metals' high-quality portfolio of eight projects in northern Chile, combined with an experienced management team, a healthy corporate treasury, and no debt, means that the Company is well placed to deliver on its objectives.

Technical information in this news release has been approved by Mario Orrego G., geologist and a registered member of the Chilean Mining Commission and a qualified person as defined by National Instrument 43-101. Mr. Orrego is a consultant to the company.

Pampa Metals is a Canadian company listed on the Canadian Stock Exchange (CSE: PM). Pampa Metals has interests in an outstanding 59,000-hectare portfolio of projects prospective for copper and gold located along proven mineral belts in Chile, one of the world's top mining jurisdictions. See attached map for the locations of the Company's projects. The Company has a vision to create value for shareholders and all other stakeholders by making a major copper discovery along the prime mineral belts of Chile, using the best geological and technological methods. For more information, please visit Pampa Metals' website here www.pampametals.com.

ON BEHALF OF THE BOARD

Neither the CSE nor the Investment Industry Regulatory Organization of Canada accepts responsibility for the adequacy or accuracy of this release.

Reference to existing or historic mines and projects, and the overall prospectivity of Chile, is for reference purposes only. The reader is cautioned that there is no evidence to date that comparable mineral resources could be found on Pampa Metals' properties. 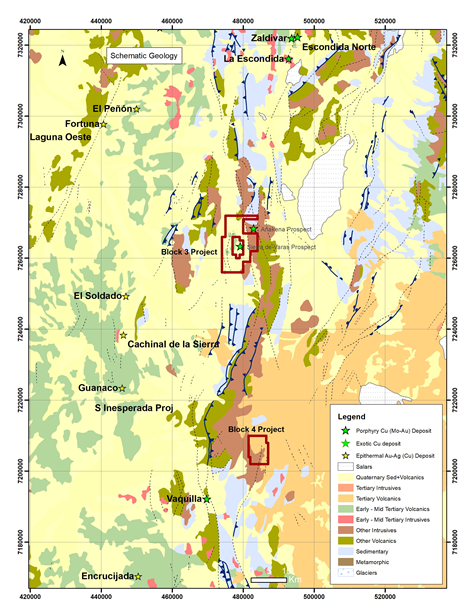 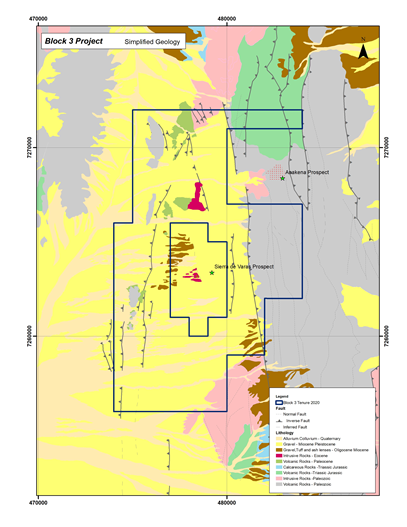 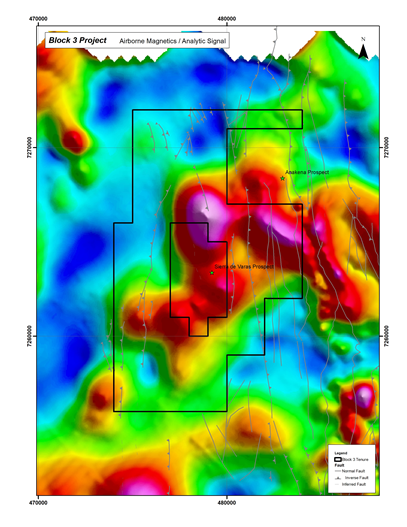