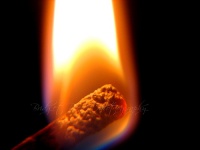 The takeover speculation on embattled smartphone maker Palm (Nasdaq: PALM) just got a heck of a lot more interesting today after a major hedge fund built up a massive stake in the company.

In an SEC filing released at 11AM ET today, Harbinger Capital disclosed a 9.48%, or 16,000,000 share, stake in the Palm. This is a completely new stake, as Harbinger owned no shares at the quarter ended 12/31/09. The date that required the filing of the report was April 12.

Harbinger Capital is a hedge fund run by Philip Falcone and describes itself as a "disciplined and value oriented, focusing on alpha generating ideas that are uncorrelated to investment cycles."

Harbinger recently completed the purchase of satellite services company SkyTerra Communication Inc. SykTerra was take-private transaction was accomplished via merger for approximately $262.5 million in cash, or $5.00 per share. The all-cash merger represented an approximately 56 percent premium over the average closing price of SkyTerra's common stock for the 30 days ended September 22, 2009, the last day before the announcement of entry into the Agreement.

Activist situation Harbinger has been involved with includes New York Times (NYSE: NYT), and Cleveland-Cliffs (NYSE: CLF), among others. Some ended up good and some bad.

An activist investors usually tries to push his will on a targeted company, sometimes by threatening a proxy contest or by teaming with other large holders to control a vote.

Today's new stake could suggest that Harbinger sees value in Palm beyond the rumored buyout price of $1-$2 billion enterprise and will not let the company be sold on the cheap.

This 13G from Harbinger indicates that he does not currently plan on making this an activist investment - if so he would have had to file a 13D - but this could always change.

Say Palm gets a $6/share takeover bid and Harbinger thinks it's worth at least $10, he could switch his filing to a 13D and take his case public. Heck, maybe Harbinger itself could be a bidder.

This value buy from Harbinger flies in the face of recent analyst commentary that a Palm sale would be a 'take-under', or under the current market price.