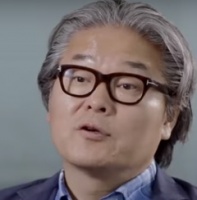 An interesting 13G filing on Baidu (NASDAQ: BIDU) may shed some light on how much Bill Hwang of Archegos was pressing his bets in the weeks before the funds' collapse on Friday due to margin calls.

You can see how quickly Hwang's collateral was eaten up by the stock moves if he was running a reported 5x leverage.

As an example, if you assume all of Morgan Stanley BIDU position was Hwang-related, he would have used $760 million in equity for the $3.8 billion stake. The 22.7% drop in BIDU from March 18-24 would have wiped out his entire equity in the stock, triggering a margin call to come up with more equity. Meanwhile, Hwang had similar positions spread out across Wall Street. When the margin clerks came calling, he simply didn't have the capital to put up, forcing the banks to liquidate the positions.