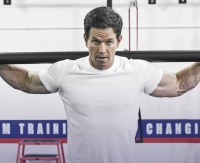 The Proposal states that the Transaction would be conditioned on: (i) the Board establishing a special committee of disinterested and independent members (the “Special Committee”) to review the Proposal, to solicit and evaluate any other potential proposals, to negotiate the terms of the Transaction and to approve and recommend the Proposal to the Board, and (ii) that the definitive merger agreement governing the Transaction must be approved by the holders of a majority of shares of Common Stock not beneficially owned by the Adviser (and any other stockholders that are considered interested parties with respect to the Transaction), in addition to any other stockholder vote necessary to approve the Transaction. The Adviser states in the Proposal that it has the ability to finance the all-cash Proposal, and that the definitive transaction agreement will not include a financing condition. Further, the Adviser states in the Proposal that to the extent that the Issuer requires financing in the near term (including while the Board and/or Special Committee evaluates alternatives for the Issuer), the Adviser would be interested in providing such financing on competitive and mutually agreed upon terms.

The Adviser has not proposed any specific structure for the Transaction nor has it received any feedback from the Issuer. The Proposal is non-binding in nature, constitutes a preliminary inquiry and does not obligate in any way the Adviser, the Reporting Persons or the Issuer to negotiate or enter into a definitive agreement with respect to the Proposal.

Neither the Proposal nor this Schedule 13D is meant to be, nor should be construed as, an offer to buy or the solicitation of an offer to sell any of the Issuer’s securities.